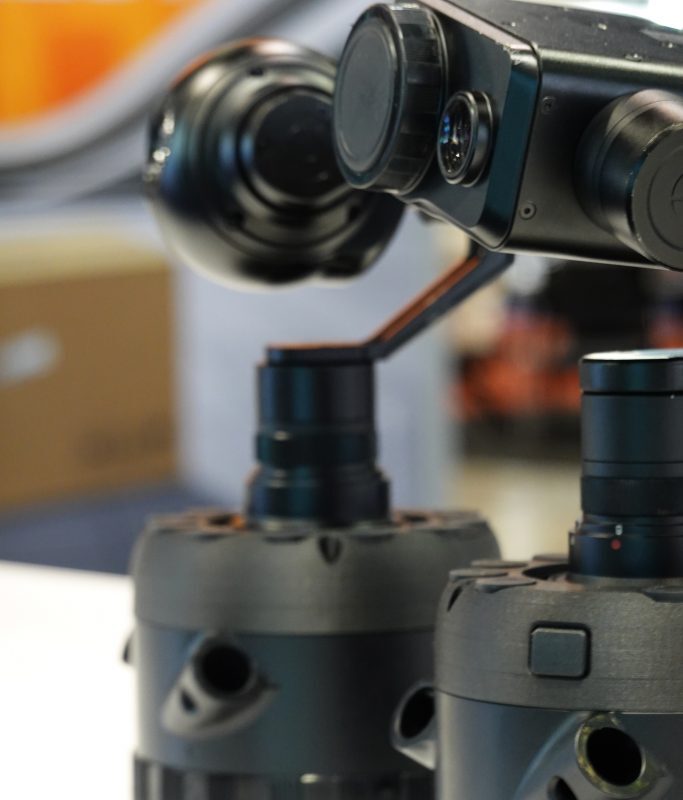 The Ascent Aerosystems booth certainly stands out at a show like AUVSI Xponential, mostly because of the unique configuration of the drones they sell: Rather than a multirotor, or a fixed-wing platform, or some fusion of the two, its aircraft resemble nothing so much as a pair of vertically oriented rolling pins with a pair of counter-rotating propellers protruding between them.

This configuration is made possible through the application of coaxial helicopter design. The first patent for a coaxial helicopter was granted in 1859 by the British Patent Office, and crewed versions have been in operation since the end of World War II. However, the most famous example has been flying since 2021—on Mars. It is, of course, Ingenuity: the drone sent along with the Perseverance rover to the red planet by NASA in 2020.

“The coaxial design is actually one of the most proven in aerospace,” says Bobby Sakaki, the company’s head of product. “Our design actually gives us more efficiency and greater payload capacity than multirotors, and all in a smaller form factor.”

If that was all the company had to offer, their products would be an important contribution to the industry. However, they are just getting started. What truly sets its aircraft apart is the fact that they can be configured for different missions with about as much difficulty as building a model out of Lego bricks.

One unique property of Ascent Aerosystems’ aircraft design is that payloads, like these camera gimbals, can quickly be added and removed at either the top or bottom of the aircraft, allowing it to be re-configured immediately while in the field.

“The core of the aircraft, which includes the battery and the rotor assembly, weighs about six pounds—and the maximum take-off weight is about 15 pounds, so the difference is what you have available for your payload,” Sakaki explains.

By attaching and removing different components, the aircraft can be customized for completely different missions with just the quick twist of a click ring. The company will even work with clients to make their custom payloads compatible with the system, using its Payload Development Kit.

“Many customers have a very specific use case in mind, and we can help get that integrated for them,” according to Sakaki.

At the show, the company announced a larger version of its aircraft, designated the NX30, developed specifically for payload delivery, with a maximum capacity of 15 pounds.

“With a five-pound payload, it has a one-way service radius of 1,800 square miles—which is twice the range of Google’s Project Wing, and with more reserve battery power, as well,” says Sakaki. “The form factor really lends itself to this mission, because there isn’t as much drag as a typical multirotor design.”

From our discussion, it was clear that the military is using the company’s products in warfighting applications. Sakaki mentioned that it could be tube launched vertically from a vehicle on the move and has been deployed as a “loitering munition.”

That’s the term the armed forces use to describe what the rest of us call a “suicide drone”: it flies around sending back video to the operator, who is on the lookout for enemy targets. When one is identified, the drone plunges down onto it and blows up. So, apparently those interchangeable modules can also be packed full of high explosives and remote detonated.

However, it’s clear that the aircraft has a lot to offer peaceful users, as well, no matter how difficult the circumstances.

“It’s IP56 rated, so it can fly in winds up to 40 miles per hour, as well as rain, sleet and hail,” Sakaki reports. “Drones are really only as effective as the conditions you can operate them in, so that ruggedness means more opportunities to make money, if it’s a commercial application.”

The post Customized for Every Mission appeared first on RotorDrone.

SkydioKeyFrame Challenge puts $10,000 up for grabs for drone pilots 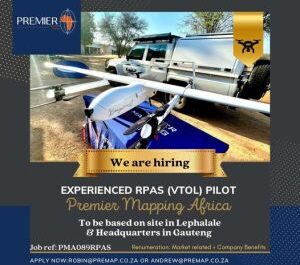 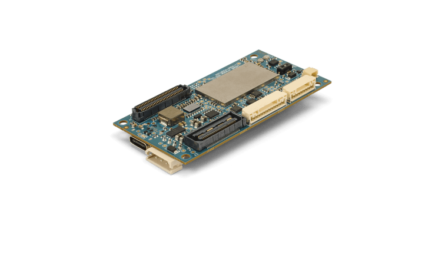