If summer didn’t bring enough travel for you, this fall is shaping up to have some fresh (or refreshed) drone events that might be worth visiting.

Whether you’re in the area, or just looking for an excuse to go on vacation while all the kids are back in school, there are plenty of Fall 2022 drone events to attend.

I’ve separately outlined the biggest drone events for the second half of 2022, but biggest doesn’t necessarily mean the best. Often it’s the smaller-scale events that are the most fascinating and valuabel.

So with that, here are the U.S.-based drone events I’m most looking to seeing (or at least reading about) this fall:

The Commercial UAV Expo says it is the world’s largest commercial drone trade show and conference. Hopefully things cool down by Labor Day, as the conference is set for September 6 – 8, 2022 at Caesars Forum in Las Vegas.

The DroneX Trade Show & Conference is returning to ExCeL London on September 7 and 8, 2022. More than 3,000 people are expected to attend. My friends over at Drone Industry Insights are offering free tickets, which you can claim here.

Head to sunny Spain in September for Unvex, which is led by experts and authorities from businesses, universities, research centers, and governmental institutions, both national and international — and is also set to feature demonstrations.

Interdrone in its original form is no more. This year, the massive drone conference usually held in Las Vegas underwent a major overhaul and rebrand. Now in 2022, InterDrone has been folded into another event called Create NYC, which bills itself as a “3-day immersive experience for visual storytellers.” It’s geared toward photographers, and looks set to be a great fit for drone creatives interested in photography, cinematography, videography, and content creation.

The event will run from September 29 to October 1, 2022 at the Duggal Greenhouse in New York’s Brooklyn Navy Yard.

AirWorks is DJI’s annual(ish) drone conference, which largely focuses on commercial drone applications. The conference hones in on a few specific industries, which are:

In 2019, the last pre-pandemic year of conferences, DJI’s Airworks event brought 720 registrations from 31 difference countries. 127 speakers covered a combined 88 sessions. This year’s event is set to have 48 breakout sessions plus 16 outdoor demonstrations.

Rumor has it that yours truly (me, Sally, The Drone Girl) will be there too.

The 2022 Pix4D User Conference in Denver again, just like it was in 2019. The agenda includes 3D modeling and photogrammetry expert guest speakers, personal consultations, networking opportunities, the latest from key players in mapping hardware, and presentations around how Pix4D technology is changing the way industries including construction, inspection, agriculture, and public safety are using digital models in their everyday workflows.

2020’s conference was put on hold, and 2021’s meetup was held virtually. This year, Pix4D fans will gather at The Curtis Hotel in Denver for a training session about its next-generation
software for large scale mapping and fast vectorization, PIX4Dmatic and PIX4Dsurvey on
October 12th. The main event is on October 13.

The post Fall 2022 drone events to attend appeared first on The Drone Girl. 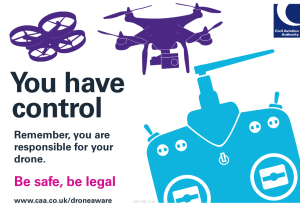 ResponDrone Project to hold its final conference in Portugal 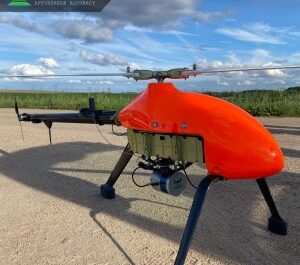 The best drone mapping software: how to choose the right one for your business