The Drone Delivery Canada (DDC) booth at the 2022 Commercial UAV Expo in Las Vegas certainly turned heads with its formidable Condor drone: a single-rotor helicopter with a maximum payload of 180 kilograms, almost 400 pounds south of the border. You don’t need to be a mathematical genius to work out the fact that it could comfortably carry a human being, or two, with that kind of capacity.

That’s no accident: DDC created the Condor by converting an existing, crewed helicopter for service as a drone.

“We buy the shell from a vendor, and then we transform it into an uncrewed platform,” said Armen Keuleyan, the company’s director of sales and marketing.

A small conventional helicopter, the Condor is powered by a 90-horsepower, two-stroke gas engine with a range of about 125 miles. The DDC conops calls for the Condor to be operated from a centralized command center where flights will be monitored remotely by pilots in command. This clearly puts it in the realm of a “beyond visual line of sight” (BVLOS) operation, which is not currently permitted under the aviation regulations of the United States or Canada.

“In the beginning, we’re going to use it at shorter ranges, just to prove the concept using the ‘crawl, walk, run’ approach, to demonstrate to the regulator it’s safe to fly, even though our pilots in command are far away,” explained Keuleyan. “In the end, however, we want to push the limit and hit that 125-mile range potential while operating fully autonomously.”

Powered by a 90-horsepower, two-stroke, gas-burning engine, the Condor from Drone Delivery Canada has a top speed of 75 miles per hour and a maximum range of 125 miles.

Among prospective users who are interested in the system are oil and gas extraction companies with remote facilities spread out across the vast land area of Canada. 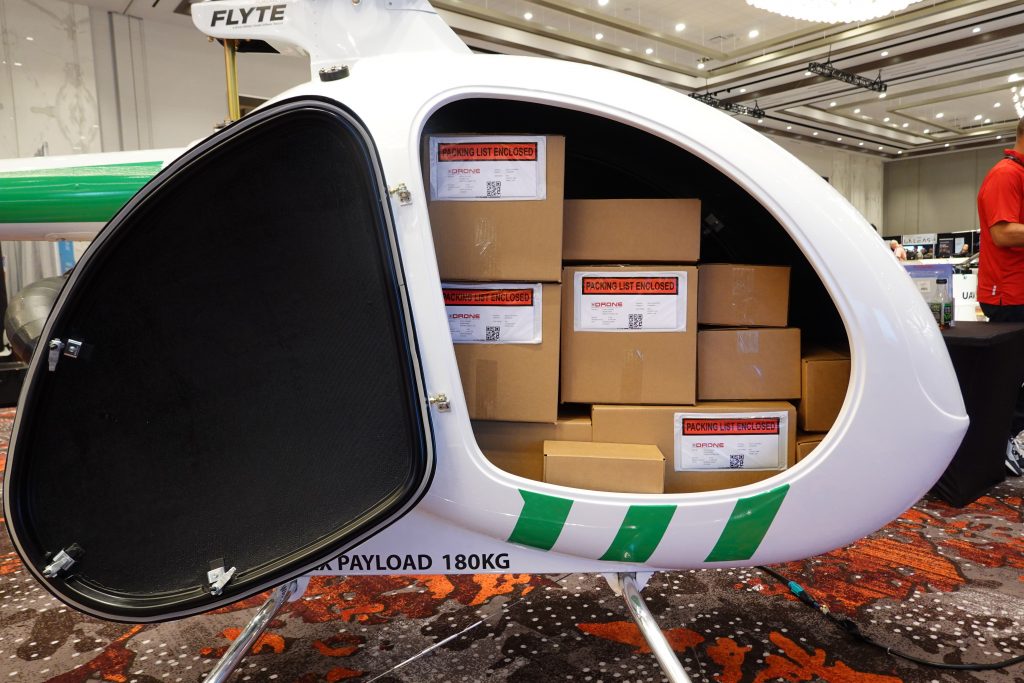 The Condor, developed by Drone Delivery Canada, has a payload capacity of nearly 400 pounds, prompting the interest of oil and gas extraction firms with operations located deep in the Canadian wilderness.

The Condor is not the only platform currently under development by DDC. The company also boasts two electrically powered multirotors, the Sparrow and the Canary, each with a payload capacity of approximately 10 pounds and a 12-mile range. Tying all of these systems together is FLYTE, a software tool that allows for the remote management of UAS operations from the company’s command center in Toronto. In addition to allowing remote pilots to monitor the location and performance of every aircraft in its fleet, FLYTE monitors other air traffic, weather conditions and obstacles along the established routes where these aircraft will operate.

DDC is the first company to be certified as a “Compliant Operator” by Transport Canada, the Canadian equivalent of the U.S. Department of Transportation, which subsumes a role equivalent to the Federal Aviation Administration. The company was recognized with an Association for Uncrewed Vehicle Systems International (AUVSI) Xcellence award at the organization’s annual Xponential show in May 2022. Drones that can see objects around them in the dark? This tech is making it possible